Serpentine coils of the Sacred Hill of Tara

The overlapping point between the two entwining circular Paths on the Hill of Tara, a ceremonial site of the Ancient Kings of Eire, in Co. Meath.

At the gathering point, the fulcrum, a place of confluence where the two circles cross, the energies are gathered and dispersed.  The seat of the Law was within the smaller circle; the entry way to this enclosure was barred to those of lesser rank or those who had no business with the Kings.

To the greater circle, wherein stands Lia Fail (Stone of Destiny) the general populace was admitted for ceremonies, for ritual.  To the

rear, east of the Lia Fail sat the encampment, sometimes in peace, at other times during hostilities.

At some stages over the last few thousand years this region has been defended to the death.  At other times it has been the place of ceremony;  at yet other times the makers of the Law have gathered to discuss, to decree and to proclaim.

All in all, this ancient hill has seen the best and worst of humanity; tide after tide after tide.  Its current role is that of harnessing the tide of Active Intelligence for the good of the Irish  population, especially the east coast.  From this vantage point the Angelic host work to disseminate goodwill, to regulate the tides of mankind, to inspire and to uplift.  Because of the ancient, and not so ancient, past of tyranny and oppression, enslavement and release;  sacred Violet Fire, Violet Flame can be dispensed at times of major significance –  Festivals of Light.

At other times, this hill radiates and transmits a combination of the Ray of Holy Spirit, Holy Mother and the Light of Loving Compassion and Wisdom.  Each group according to their inclinations may choose to harness and disseminate these vibrations.

As I lay resting in a quiet area of the Hill of Tara, the earth began to sing and resonate with harp music.  The vibrations of this harp

music entered the cells in my body; a song of peace and  joy filled my heart.

The place of the hollow;  the healing sanctuary of the heart is a birthing place, a seeding place, a place for inner visions to be birthed within the heart.  This hollow, enclosure, gathering point can be used for many purposes:  – to inspire, to teach, to heal, to vision.  Once the inspiration or vision has been held and realized, then return to the Nodal Axis, the standing Stone, for distribution of the Light.

This site uses Akismet to reduce spam. Learn how your comment data is processed. 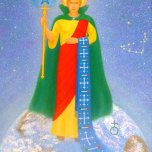 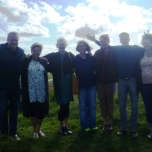 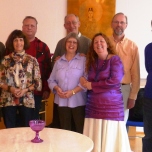 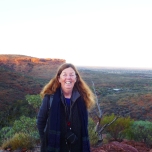